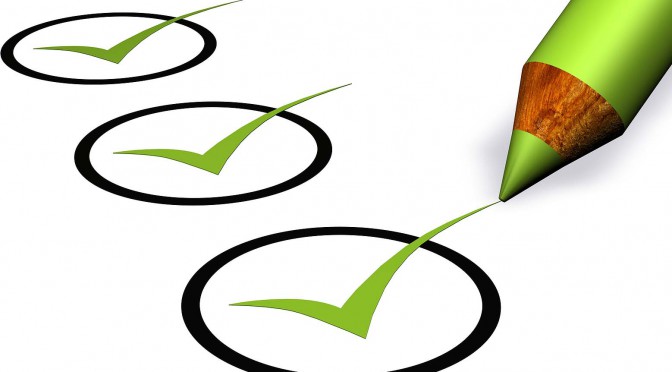 Deductive proofs of program correctness are prohibitively expensive in the majority of cases. To what extent can test results be used as Bayesian evidence in confirmation of the hypothesis “this program is correct”?

This report is about test results, how it can be used measure correctness of a program, or to what extent it can be used to support the hypothesis “this program is correct”. In this case, a program is basically a piece of computer software, and “correct” in this sense means that the program meets its initial requirements.

Computer programs are often tested and tagged “correct”. Testing is one of the most important and crucial part of program design. It is a way of measuring the correctness of a program whether it is complete, and it is in compliance with its specified requirements. Nowadays, programs have become very complicated and so has testing methodologies, it has become so vast that measuring correctness of a system is virtually very difficult to achieve. Extensive testing of such complex programs has become very expensive that is not wisely affordable. Since absolute correctness is virtually impossible to achieve, programs are being tested to a certain extent and are considered “fit” or “correct”.

To be able to understand the scenario, there is need to evaluate some basic terms used like system test results, deductive proofs, program correctness, and prohibitively expensive.

What is meant by Deductive Proof?

Program correctness – According to John Daintith, program correctness proof is a mathematical demonstration that the semantics of a program are consistent with some specifications of that program. And also state two prerequisites to the provision of such proof; there must be a formal specification for the program, and there must be some formal definition of the semantics of the program (John Daintith, 2004).

Testing is actually a vital part in the software development circle, and these are some of the major motivation for testing a program;

This describes how and what components of the program are tested to ensure its conformance with its initial requirements. Below are some of the major testing methodologies in brief;

Testing is very costly, automation can be a very good way to cut down testing costs. Software testing tools and techniques sometimes lack applicability and scalability. The reason is basic. In order to automate the process, we have to generate test cases to test the target software against the program specification to decide their correctness. There is still need for human intervention in the process as there has not been any system that has achieved 100% automation.

Testing is important for software quality, but it can also be prohibitively expensive. Testing consumes up to 50% of development costs. It can locate defects but never demonstrate correctness. We have seen that testing is endless; it has financial implications as well. The better the testing, the lesser the risk incurred by the program. Annually, billions are lost because of improper testing; this is also due to the fact that a line has to be drawn to stop testing at some point. If the stopping point is miscalculated, the more risk is incurred. Below is a report made by NIST on billions of dollars that could be saved each year if improvements were made to the testing process. 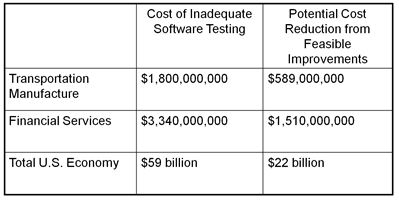 Once a test suite has been selected, it is often desirable to prioritize test cases based on some criterion. That way, since the time available for testing is limited and therefore all tests can’t be run, at least the “most important” ones can be. [4]
Bases for Test Prioritization

When to Stop Testing?

Testing is potentially endless. We cannot stop testing until all the defects are unearthed and removed which is simply impossible. At a point testing has to be stopped and software is released. Example, Microsoft releases Windows 7 at some point, it becomes vulnerable at some point and users are advised to update with the necessary patches. The question is when to stop these tests.

Realistically, testing is a trade-off between budget, time and quality. It is driven by profit models on return on investment and risk based. The distrustful and unfortunately most often used approach is to stop testing whenever some or any of the allocated resources such as time, budget, or test cases are exhausted. The optimistic stopping rule is to stop testing when either reliability meets the requirement, or the benefit from continuing testing cannot justify the testing cost (Yang, 1995). This will usually require the use of reliability models to evaluate and predict reliability of the software under test. Each evaluation requires repeated running of the following cycle: failure data gathering, modelling, and prediction. This method does not fit well for ultra-dependable systems, however, because the real field failure data will take too long to accumulate. (Pan, 1999)

Test results are said to be fit to validate a program when they prove that the program conforms to initial requirements. Also risk factor has to be considered, risk has to be prioritised and tested accordingly. For example, a banking program should have its risks sorted like in the description below, 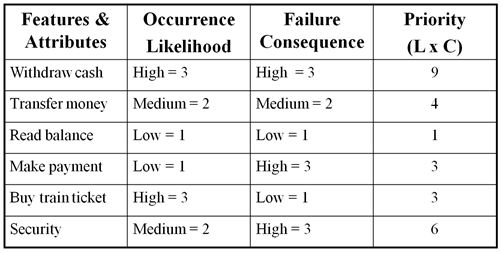 Inference is the process of updating probabilities of outcomes based upon the relationships in the model and the evidence known about the situation at hand.

Bayesian evidence is a method used to calculate the probability of a hypothesis whether it is true. When a Bayesian model is actually used, the end user applies evidence about recent events or observations. This information is applied to the model by “instantiating” or “clamping” a variable to a state that is consistent with the observation. Then the mathematical mechanics are performed to update the probabilities of all the other variables that are connected to the variable representing the new evidence.

After inference, the updated probabilities reflect the new levels of belief in (or probabilities of) all possible outcomes coded in the model. These beliefs are mediated by the original assessment of belief performed by the author of the model.

There are numerous real-world situations about which an analyst might wish to hypothesize and investigate, but it would be impractical to encode all of them explicitly in a support system for analysts. Instead, our approach is to represent fragments of situations and provide a mechanism for combining them into a wide variety of more complete ones (Michael et al, 2007). The combination occurs dynamically as evidence about a situation becomes available or as an analyst revises or enters new hypotheses. A fragment is represented as a Bayesian network with nodes for hypotheses, events, and evidence, and links for relating them. Our ability to combine the fragments into more complete situation models is dependent on having a consistent terminology in which the fragments are described. The focus of our work has been on

So, having looked at the processes involved in obtaining test results, how inferences are drawn to conclude on validity of a program and to what extent should programs be tested, I could easily draw some of these conclusions.

Testing is quite expensive, automated testing is a good way to cut down cost and time. Also, risk factor should also be thoroughly put in side by side when making a conclusion the correctness of a program. 100% testing is impossible, program complexity has been the root of the problem, and at some point software testing has to be stopped and shipped out. This is basically decided by time and budget of the project. Software is termed “correct” if the reliability estimate of the program conforms to the initial requirements.

In my opinion, the point where a line should drawn to say this “program is correct” is if the reliability estimate of the software product meets requirement. This should be the minimum amount of testing that should be conducted. There are different kind of programs and different levels of testing. Critical programs like medical, airplane, etc should have a more priority level of testing than word processing software.